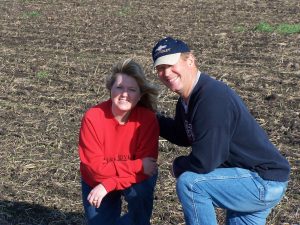 Ventricular arrhythmias are the leading cause of death from acute myocardial infarction (AMI).[1] In Canada, there were more than 12,000 deaths from AMI in 1995.[2] Each year in the United States, about 250,000 people reportedly die within one hour of an AMI, mostly due to arrhythmia. Developing simple methods of preventing such fatal arrhythmias would provide a substantial benefit to public health.[3]

There is growing evidence that a simple dietary change—increasing the dietary intake of omega-3 fatty acids—may help prevent arrhythmias. The major omega-3 fatty acids are alpha-linolenic acid (ALA), the essential, parent fatty acid of the omega-3 family, and the long-chain derivatives of ALA—namely, eicosapentaenoic acid (EPA) and docosahexaenoic acid (DHA). ALA is found mainly in flaxseed (the richest source of ALA in the North American diet),[4] other oilseeds such as soybean, canola and wheat germ, some nuts (e.g., walnuts), and red and black currant seeds. EPA and DHA are found mainly in cold-water fish such as mackerel, salmon, herring, trout and blue fin tuna.[5] Most species of fish contain very little ALA and low levels of EPA and DHA.) The omega-3 fatty acids exhibit antiarrhythmic effects in cell cultures and laboratory animals and are associated with a reduced risk of fatal ventricular arrhythmia in humans.[6]

Cardiac muscle fibres generate electrical impulses and contract when stimulated. These actions are the result of changes in the transmembrane potential gradient that occur within each cardiac cell.

Nonpacemaker cells—that is, the atrial and ventricular muscle cells that are not involved in setting cardiac impulse or rhythm—must reach a threshold potential before responding to electrical signals. The complex sequence of depolarization and repolarization of cardiac cell membranes depends on many mechanisms, including membrane permeability and the actions of specialized molecular pumps that transfer sodium out of the cell and potassium into the cell (the so-called Na+–K+ ATPase pump).

Arrhythmias occur when there is a disturbance in the electrophysiologic properties of the cardiac muscle.[7] During an ischemic episode, for example, myocytes become slightly depolarized due to a reduction in the Na+–K+ ATPase pump. This change in the potential of the cell membrane makes it sensitive to triggering an action potential prematurely, leading to ventricular fibrillation and arrhythmias.[8]

Proposed Mechanism of Action of Omega-3’s

Alpha-Linolenic Acid Is As Effective as EPA and DHA

These findings suggest that omega-3 fatty acids help regulate cardiac function. Furthermore, it is the free, unesterified forms of ALA, EPA and DHA that confers cardioprotective effects by virtue of their being readily available to regulate ion channels and membrane excitability.[11] In other words, omega-3 fatty acids bound in membrane phospholipids show no protective effect until they are released as free fatty acids.[12]

Two lines of evidence support the recommendation to increase total dietary intake of omega-3 fatty acids. The first approach examined the cardioprotective effects of ALA intake from all sources. Results of the Health Professionals Follow-up Study,[15] the Lyon Diet Heart Study,[16] the Multiple Risk Factor Intervention Trial (MRFIT),[17] and the Nurses’ Health Study[18] indicate that populations with high intakes of ALA have a low risk of AMI, non-fatal AMI, death from cardiovascular causes or all-cause mortality. Indeed, in an extended follow-up of the participants in the Lyon Diet Heart Study, the cardioprotective effect of a Mediterranean diet high in ALA was maintained for up to four years after the first infarction and confirmed the original analysis. Only ALA was associated with an improved prognosis for these survivors of a previous myocardial infarction.[19]

The second approach examined the cardioprotective effects of EPA and DHA, mainly from fish. One secondary prevention study compared the omega-3 fatty acid intakes from seafood of 334 patients with primary cardiac arrest and 493 controls, matched for age and sex. Compared with no seafood intake, an intake of 2.9 g of omega-3 fatty acids or about two servings of fatty fish per month was associated with a 30% reduction in risk of primary cardiac arrest. Subjects who ate one fatty fish meal per week had a 50% reduction in risk of primary cardiac arrest.[20] In the Diet and Reinfarction Trial (DART), men who had recovered from an MI and who were advised to eat fatty fish twice a week had a 29% reduction in 2-year all-cause mortality compared with those who were not advised to eat fish weekly. [This study did not record arrhythmic deaths.[21] In the Physicians’ Health Study, a prospective cohort study, intake of omega-3 fatty acids from seafood was associated with reduced risk of sudden death. There was a threshold effect, with an intake of one fish meal per week providing significant protection against sudden death.[22]

Although these studies represent a small body of evidence, they provide encouraging results. Populations with high intakes of the omega-3 fatty acids enjoy some protection against fatal arrhythmia.

(The United States has not formulated a recommended intake of omega-3 fatty acids.) One tablespoon of whole flaxseed provides about 2.5 g of ALA, thus making a substantial contribution to total omega-3 fatty acid intake.

Omega-3 fatty acids appear to enhance the mechanical performance and electrical stability of the heart and to protect against fatal arrhythmia in both humans and animal models. Their mechanism of action likely includes modifying the fatty acid composition of cell membrane phospholipids, affecting cell signaling and controlling ion transfers across the cell membrane.[24] Evidence is mounting that making a small dietary change—namely, eating foods rich in omega-3 fatty acids on a regular basis—provides protection against arrhythmia and is a simple means of improving public health.[25]