Home > In The News > Get to know the farm family that grows Golden Valley Flax
By Mark and Esther Hylden on August 9, 2019 in Flax, Honors

Esther recognized for her passion to promote good health

Mark, Esther and son Jordan Hylden on stage as Esther honored as Country Woman of the Year

We are a farm family with Christian values, that means that we work hard and do it with humility.  However in our efforts to care for your good health we also think it is important for you to know who stands behind Golden Valley Flax.  We are asking you to trust us because it has been proven that we have the best flax in the State of North Dakota.  It is also a fact the many medical research studies have looked to us to provide the best flax possible for scientific research and some of those are published on our website. https://www.goldenvalleyflax.com/flax-facts/health-research-articles/  Therefore we want you to be able to get to know Esther by sharing with you how well recognized organizations have come to not only trust her but have awarded her multiple times here in the upper Midwest part of the United States.

Esther has been named the Country Woman of the Year by the Minnesota-North Dakota Agri-Women.  She received this recognition because of her work with Golden Valley Flax and the promotion of good health.  She has been before large audiences doing cooking demonstrations during the Go Red for Women campaign and she has been on a series of televised cooking shows all in an effort to help people understand how to make flax a part of a healthy diet. 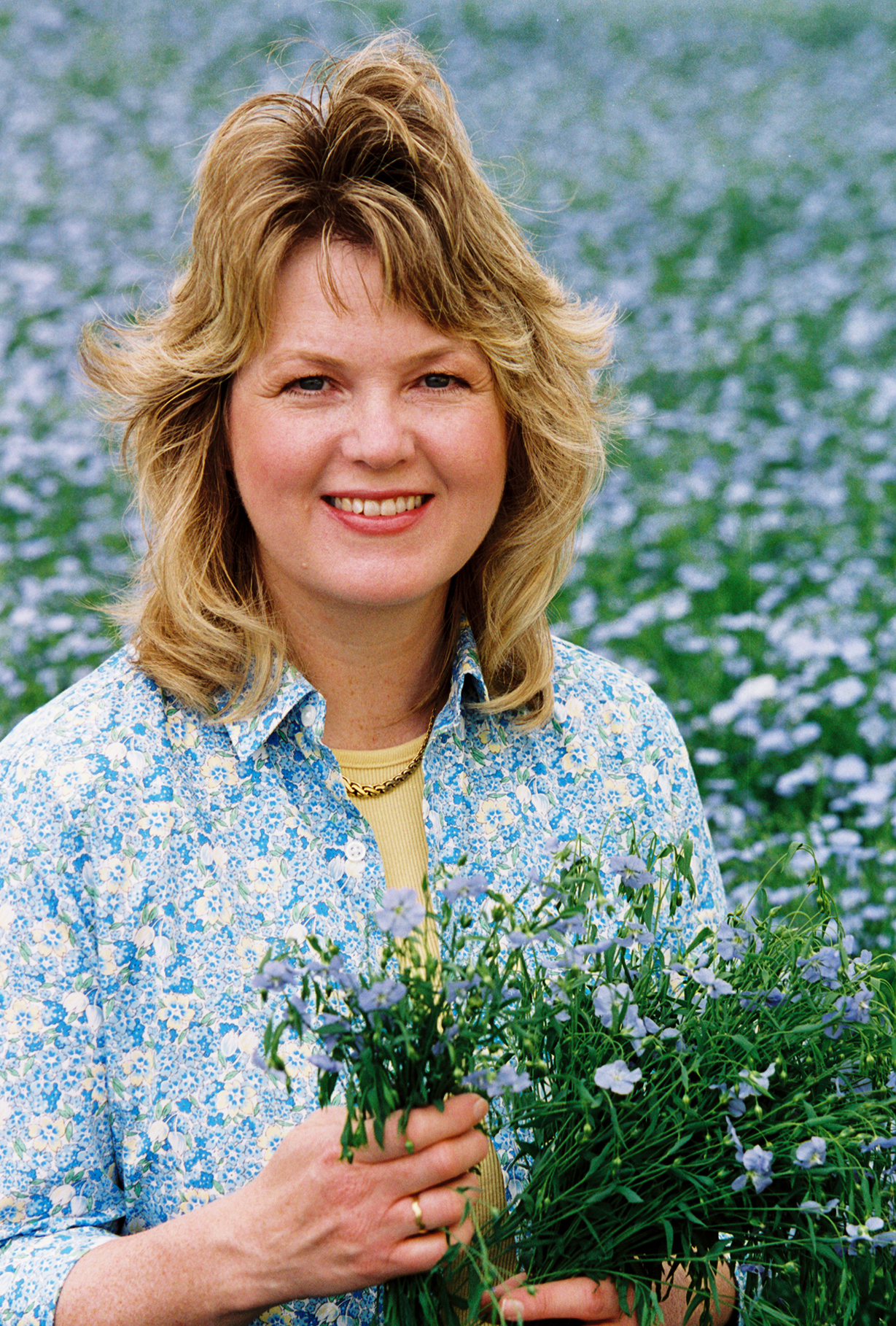 The work that Esther has accomplished in the region has also been recognized by the Farmer’ Forum as she was also honored by that organization.  All of this culminated in further recognition by North Dakota State University in Morrel Hall. That part of the campus is dedicated to the advancement of agriculture and the food that you eat for your good health.  To have your picture in the Ag Woman Hall of Fame is a very distinct honor as there are not that many women that have been so honored over the years.  She has also been a part of the Pride of Dakota organization which is within the North Dakota State Department of Agriculture where she annually promotes the healthy living that comes from eating flax.  That is who we are as a farm family that produces the Golden Valley Flax that you can buy directly from our farm, go to https://www.goldenvalleyflax.com/product-category/flax-seed/ and we will ship your flax fresh from our farm to your home.  We have earned the trust and been recognized by several well known organizations for our outstanding high quality Golden Valley Flax and we wanted you to know that we can be trusted to provide your family with the best tasting award winning flax available in the nation.

About Mark and Esther Hylden